A guy took his blonde girlfriend to her first football game. They had great seats right at the fifty yard line. It was exciting too, a real nail biter. After the game, he asked her if she had a good time.

“Oh, I really liked it,” she replied, “especially the tight pants and all the big muscles, but… I just couldn’t understand why they were all killing each other over 25 cents.

Dumbfounded, her date asked, “What do you mean?”

How does a blonde haired blue eyed Alabaman spell the word farm? 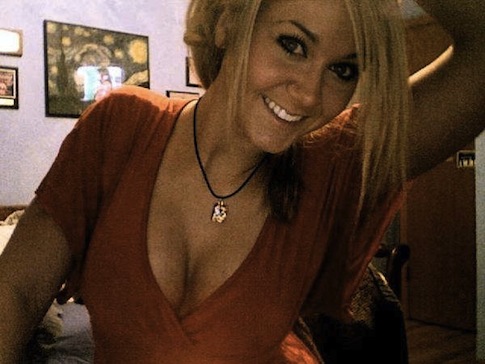 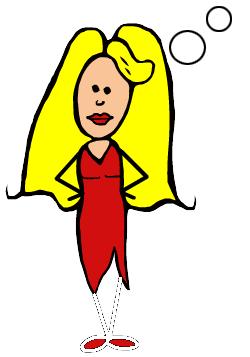 Lynn and Judy were doing some carpenter work on a Habitat for Humanity House. Lynn was nailing down house siding, would reach into her nail Pouch, pull out a nail and either toss it over her shoulder or nail it in.

Judy, figuring this was worth looking into, asked, ‘Why are you Throwing those nails away?’ Lynn explained, ‘When I pull a nail out of my pouch, about half of Them have the head on the wrong end and I throw them away.’ Judy got completely upset and yelled, ‘You moron! Those nails aren’t Defective! They’re for the other side of the house!’

Did you hear about the two blondes who froze to death in a drive-in movie?

They had gone to see ‘Closed for the Winter.’

You might have to think twice about this one.

A blonde hurried into the emergency room late one night with the tip Of her index finger shot off. ‘How did this happen?’ the emergency Room doctor asked her.

‘Well, I was trying to commit suicide,’ the blonde replied.

‘What?’ sputtered the doctor. ‘You tried to commit suicide by shooting Off your finger?’

I’m not shooting myself in the chest.’

‘So then?’ asked the doctor.

‘Then I put the gun to my ear, and I thought: ‘This is going to make a Loud noise. So I put my finger in my other ear before I pulled the Trigger.

A blonde was driving home after a game and got caught in a really bad Hailstorm. Her car was covered with dents, so the next day she took it To a repair shop. The shop owner saw that she was a blonde, so he Decided to have some fun… He told her to go home and blow into the Tail pipe really hard, and all the dents would pop out.

So, the blonde went home, got down on her hands and knees and started Blowing into her tailpipe.. Nothing happened.. So she blew a little Harder, and still nothing happened.

Her blonde roommate saw her and asked, ‘What are you doing?’ The first Blonde told her how the repairman had instructed her to blow into the Tail pipe in order to get all the dents to pop out. The roommate rolled her eyes and said, ‘Uh, like hello! You need to roll up the windows first.’

A blonde was shopping at Target and came across a shiny silver Thermos. She was quite fascinated by it, so she picked it up and took It to the clerk to ask what it was.

The clerk said, ‘Why, that’s a thermos….. It keeps hot things hot, And cold things cold.’

‘Wow, said the blonde, ‘that’s amazing….I’m going to buy it!’ So she Bought the thermos and took it to work the next day.

‘Why, that’s a thermos….. It keeps hot things hot and cold things Cold,’ she replied..

Her boss inquired, ‘What do you have in it?’

The blond replied……’Two popsicles and some coffee.’

AND LAST BUT NOT LEAST

A blonde goes into work one morning crying her eyes out.

The blonde replies, ‘Early this morning I got a phone call saying that My mother had passed away.’

The boss, feeling sorry for her, says, ‘Why don’t you go home for the Day? Take the day off to relax and rest.’

‘Thanks, but I’d be better off here. I need to keep my mind off it and I have the best chance of doing that here.’

The boss agrees and allows the blonde to work as usual. A couple of hours pass and the boss decides to check on the blonde. He looks out from his office and sees the blonde crying hysterically…

‘No!’ exclaims the blonde. ‘I just received a horrible call from my sister. Her mother died, too!’

Israeli model Orit Fox, a chick with gigantuon fake knockers, was performing a publicity stunt for a radio station. The publicity stunt was for Orit Fox to kiss a snake, not too dangerous right? eh. Well, the snake got really turned on and bit Orit Fox’s left fun bag and you can here one of the radio show reps panick with, “not the titty!”

That’s epic. Anyhoo, then the snake died of silicon poisoning. I am sure that Peta will be protesting outside of every world brest enhancement joint within the next 72 hours. Before the snake kicked the can, he stated, “…it was worth it.”

A commercial airplane is in flight to Chicago, when a blonde woman sitting in economy gets up and moves to an open seat in the first class section. A flight attendant watches her do this, and politely informs the woman that she must return to her seat in the economy class because that’s the type of ticket she paid for.

After repeated attempts and no success convicing the woman to return to economy, the flight attendant goes into the cockpit and informs the pilot and co-pilot that there’s a blonde bimbo sitting in first class who refuses to go back to her proper seat.

The co-pilot goes back to the woman and explains why she needs to move, but once again the woman replies by saying, “I’m blonde, I’m beautiful, I’m going to  Chicago and I’m staying right here.”

The co-pilot returns to the cockpit and suggests that perhaps they should have the arrival gate call the police and have the woman arrested when they land. The pilot says, “You say she’s blonde? I’ll handle this. I’m married to a blonde. I speak blonde.” He kneels down next to the woman and whispers quietly in her ear, and she says, “Oh, I’m sorry,” then quickly moves back to her seat in economy class.

The flight attendant and co-pilot are amazed and ask him what he said to get her to move back to economy without causing any fuss.

“I told her first class isn’t going to Chicago.”